[RK Prime] Gianna Dior: Gianna’s Sexy Vengeance
Who wouldn’t want to have hottie Gianna Dior as a girlfriend? She’s cool, smart and, moreover, has an unforgettable body. Gianna knows how to please her boyfriend. She shoots a special video for him, the kind of vid that would make any guy instantly hard. In it, Gianna shows off her boobs and her butt. She fingers her wet pussy, telling her man how much she misses him. But wait, there’s a catch. The naughty girlfriend caught her man cheating? Suddenly, the sexy clip becomes even more twisted. Gianna lets Ricky Johnson bang her, so she can truly take her revenge on her unfaithful partner. It’s hard to say if the said husband will get mad after watching the video, or if he’ll just be amazed by Gianna’s prowess, even if she fucks with another guy. 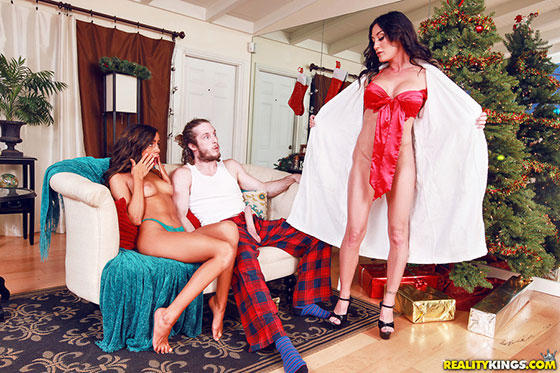